Through digital forensic techniques, experts are able to recover data from a string of electronic devices, including mobile phones, laptops, home computers, and iPads. Through this careful recovery, investigators have managed to solve cases involving intellectual property theft, espionage, and more famously, murder. Here are a few of the most famous cases where digital forensics prevailed. 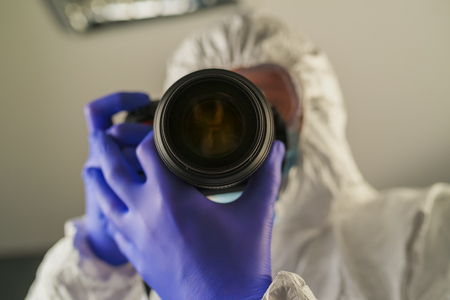 In late 2009, Michael Jackson’s physician Conrad Murray was charged and convicted of involuntary manslaughter. The pop star overdosed on propofol, a procedural sedation and general anesthetic, given to him by Murray. The trial took place in early 2011 and was televised inside the Los Angeles County Superior Court. The case persisted over a span of two years, and the physician was ultimately found guilty of the crime because police were able to recover medical records of the lethal amounts of the drug that Murray prescribed for Michael Jackson on his computer.

The most infamous of serial killer cases, the BTK killer case is heralded as the most popular demonstration of successful digital forensics. An unsolved mystery for over 30 years, Kansas resident Dennis Rader bind, tortured, and killed ten people over a period of 17 years, and the police were stumped by the murders, until digital forensics came into play. Rader sent cryptic poems and puzzles to the police over the span of the killings. Taunting them further, he sent a Microsoft Word document on a floppy disk to local agents, who were able to trace the metadata found on the disk back to the killer, located at Christ Lutheran Church.

The Death of Sharon Lopatka

The Sharon Lopatka case was the first case in US history where a conviction was achieved based solely on e-mail evidence. It also spawned the first famous usage of the term the Mardi Gras effect, which is the ability to conceal and create internet identities. This tactic is popularly used by psychopaths to lure people to commit heinous crimes, but in regard to Lopatka’s case, she used it to find someone who would fulfill her desire of being tortured and murdered. The police learned of her unnerving obsession through e-mail correspondence with a willing participant, Robert Glass, and they eventually uncovered Sharon’s body inside of Glass’s trailer. He was sentenced to 36 to 53 months in prison.

Are suspicions leading you to believe that a thorough investigation needs to be conducted in the Oklahoma, Kansas, or Arkansas area? Turn to us, RKJ Investigations, a company of trusted professionals; we can’t wait to help you crack the case.

← Back to School … Or Are They? Know for Sure with GPS Tracking
What We Can Learn from the Jeffrey Dahmer Case →