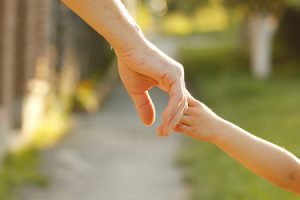 Divorces are hard on all parties involved. They are even more complicated when the custody of children is in dispute. During these times, emotions and accusations make it difficult for courts and families to render decisions that are in the best interest of the children.

Hiring a Private Investigator can help lend clarity, credibility and objectivity to the proceedings.

According to the Washington Post, nearly half of all states in the US considered laws in 2017 to encourage co-parenting after divorce. In these states, the starting point for custody discussions is joint custody and equal parenting time or joint legal and physical custody. From there, it is up to each of the parents to negotiate for unbalanced custody arrangements. For example, one parent may argue for sole custody of a child.

Many factors come into play when determining the best interest of a child.

Different jurisdictions also have different guidelines. Of course, abuse is always an important consideration, but at the core, courts are looking at general child safety, support for the child, the needs of both the child and the parents, and the availability of external resources that can help raise the child. These things are not always easy to ascertain from testimony by the parents and children.

This is where a private investigator can help.

Hiring a private investigator can help a parent make a case for obtaining more custody or adjusted child support benefits. Their investigation may include interviewing people – neighbors, friends, babysitters, and school officials – the child may interact when at one parent’s home. Background checks and asset investigations may be conducted as well. They may even gather evidence about potential dangers in a home including child abuse, substance abuse or other concerns.

Ultimately, a private investigator can lend credibility to a parent’s argument that they should get more, or even sole custody of a child. They will be able to provide objective information that can better inform the court about what is in the best interest of the child.

To learn more, feel free to give the team at RKJ investigations a call or contact us online today!

The thought of no longer being able to see your children is devastating, and many child custody battles are fought bitterly and contentiously. Inevitably, these cases often result in one parent losing out on the opportunity to see their kids every day and, in some instances, altogether. Sometimes this is for the best, particularly if… END_OF_DOCUMENT_TOKEN_TO_BE_REPLACED

Many of us have gone through stressful situations or difficult times with our families or in our personal relationships. Two of the most common – and sometimes related – issues are a cheating spouse or legal custody of children. No one wants to have to go through either situation, but in both cases it’s best… END_OF_DOCUMENT_TOKEN_TO_BE_REPLACED